Please be advised that Deacon Nicholas Wolfla, OFM Conv., previously on the staff of the Matrimonial Tribunal of the Archdiocese of Atlanta, is once again assigned within the archdiocese and will function as vicar for religious and in the newly-established role of Vicar for Canonical Affairs.

Deacon Wolfla, who prefers to be called ‘Brother Nicholas,’ worked with the Tribunal from 2006 to 2014. As vicar for religious, he is the chief liaison with and spokesperson for vowed religious, consecrated women and men, and archdiocesan hermits. He will be assisted in this area by Sr. Rezan Mehanzel, SSA, who has served as delegate for religious during the past year.

The Vicar for Canonical Affairs will serve as the primary contact point for clergy, religious, chancery employees and parish personnel who have questions related to the Church’s Canon Law. In addition, he will assist the bishops and chancery officials in their responsibilities.

As an ordained deacon, Brother Nicholas will assist at liturgies at Holy Cross parish, where he will be in residence, and at the Chancery. He can be reached at nwolfla@archatl.com or by calling 404-920-7653. 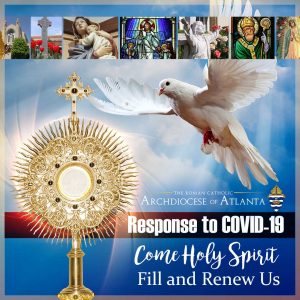 Join us on Social Media